Somehow New Zealand has evaded me in my travels, and apparently JANEer Allyson Jacobs too, as she asked me to look into travels in Auckland for her…!

To brush us all up on geography, New Zealand is divided into two islands, referred to as the North and South islands. The major metropolis on the South Island is Christchurch, with Wellington and Auckland on the North Island (each major city listed from furthest south to north). Auckland has the largest Polynesian population in any city in the world. “Auckland lies between the Hauraki Gulf of the Pacific Ocean to the east, the low Hunua Ranges to the south-east, the Manukau Harbour to the south-west, and the Waitakere Ranges and smaller ranges to the west and north-west. The central part of the urban area occupies a narrow isthmus between the Manukau Harbour on the Tasman Sea and the Waitemata Harbour on the Pacific Ocean. It is one of the few cities in the world to have harbours on two separate major bodies of water.” (Wikipedia)

Auckland can be an eden for an active person. So plan to play by day and drink beautiful wines by night. But where shall you hang your hat at the end of the night? I’m crazy about Bella’s Bed and Breakfast in Freemans Bay (about $200/nt). Perfectly poised near great places to eat and shop is Bella’s. Built in 1900 and completely renovated in 2005, it has 3 suites one, the City Lights Suite with gorgeous, well, city views. They also offer complimentary port and a selection of home made fudge. Yum! I say take both and hit their guest library. 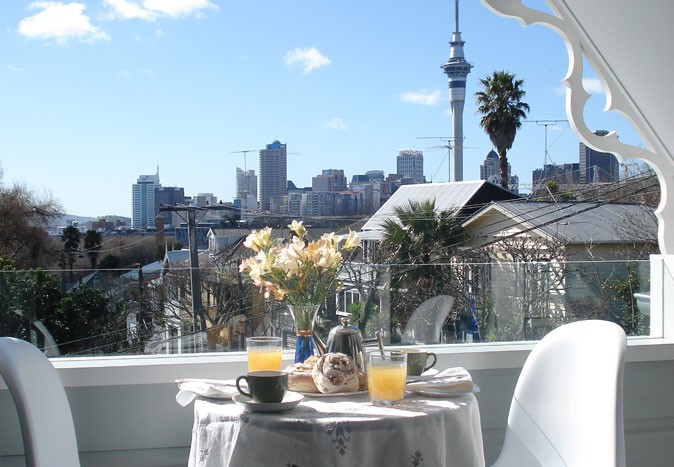 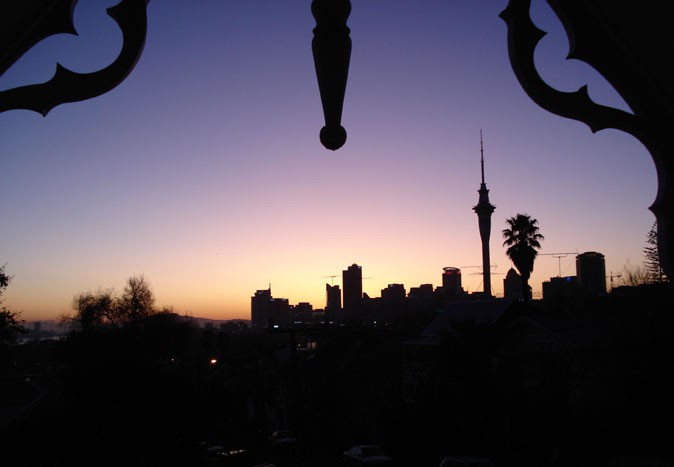 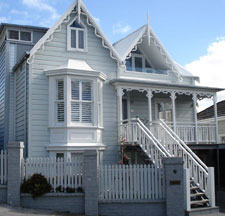 If you are looking for budget friendly prices, check out Jucy Hotel ($50/nt- they also offer a hostel). Located close to the waterfront, the facilities have been recently renovated with modern and quirky colors. They even wash and fold your laundry for $10 a load. 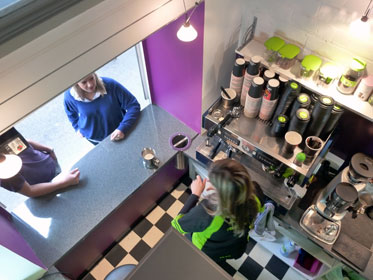 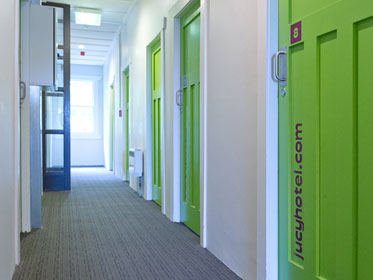 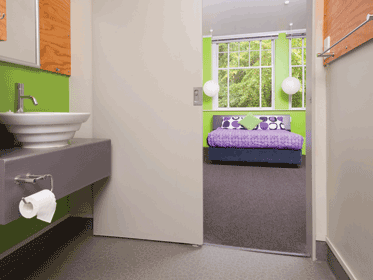 Don’t forget as you consider visiting Auckland that the seasons are the reverse of what you are accustomed to in the US, with summer December through February. Maybe it’s time to spend Christmas on the beach?