I am as picky as they come when selecting a hotel/B&B. Not because I have to have a fancy, luxurious place to stay on vacation, but because I want…well…, the right feel and the best value in the best location. After all, we don’t get that many vacation days, right? Why not be discerning. I am huge into researching properties. When asked by JANEer, Victoria to research Cyprus– I looked all around. No parameters, that is both fun and daunting. You could go sleek & sexy modern, but usually that style is in the more populated areas. I like the idea of absorbing what Cyprus is all about- I expect quaint fishing villages and preciously sweet townspeople. After all, Cyprus is the birthplace of Aphrodite, the goddess of love and beauty – the island, like the goddess emits a spirit of gentility. I want to feel it as I meander the streets smelling ripe fruits, sampling fresh baked goods and settling into a great spot on a patio for a glass of Limoncello and local dessert. I need a place that feels like home to do this.

When I came across Apokryfo Hotel in Lofou I melted. 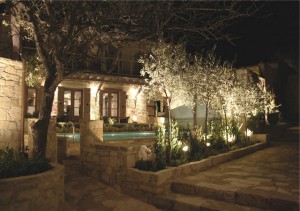 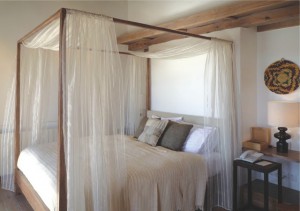 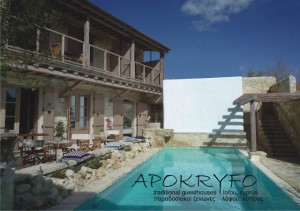 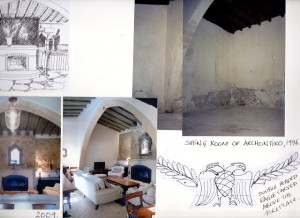 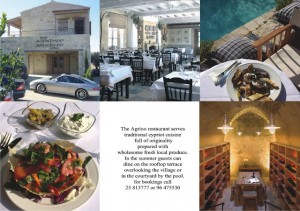 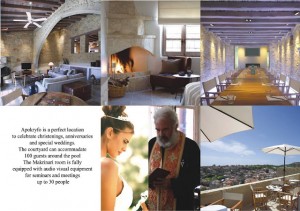 If you have followed my travels, you know my husband and I got engaged on the Mediterranean coast in Turkey and eloped to Morocco. I like unique places. If I had seen Apokryfu, I would have been tempted to get married here. Apokryfo means “hidden,” and this gem is just that tucked in the Troodos mountain foothills. The ramshackle property was purchased by a Cypriot architect and his British wife. After a complete overhaul, this now beautiful property has 7 suites, each feeling like a home of their own, centered around a luscious pool, framed by fruit trees it’s where I’d sit to enjoy my Limoncello.

What you may want to know about Cyprus:

Additionally, please note the current government bailout scenario, by clicking on this link.

Location: “Cyprus, officially the Republic of Cyprus, is an island country in the Eastern Mediterranean Sea, east of Greece, south of Turkey, west of Syria, Lebanon, northwest of Israel and north of Egypt.” Wikipedia

What to do: Cyprus is known for it’s great beaches, fishing, wineries and people.

“Party barefoot, take a hike, then pop a cork in a wine village.” Sign me up.