Some cities feel magical, extraordinary and other worldly. Cappadocia, Turkey should be at the top of this list.

Cappadocia’s history could be it’s own class in high school. For starters you must understand what formed the unusual topography. The city is a lava bed that experienced thousands of years of rain and wind erosion. “The rivers, flood water running down the hillsides of valleys and strong winds eroded the geological formations consisting of tuff on the plateau formed with tuff layers, thus creating bizarre shapes called fairy Chimneys. These take on the names of mushroom shaped, pinnacled, capped and conic shaped formations.” 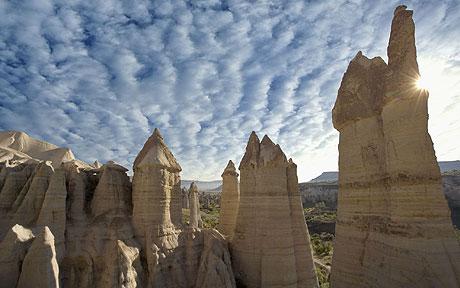 When the first Christians were trying to escape the persecution of the Roman Empire in the 2nd century B.C. Cappadocia became an area of settlement as the underground cities offered protection. Since the majority of the time was spent underground, the cities grew elaborately and expanded to include wine production facilities, meeting areas, storage spaces, churches and water wells. 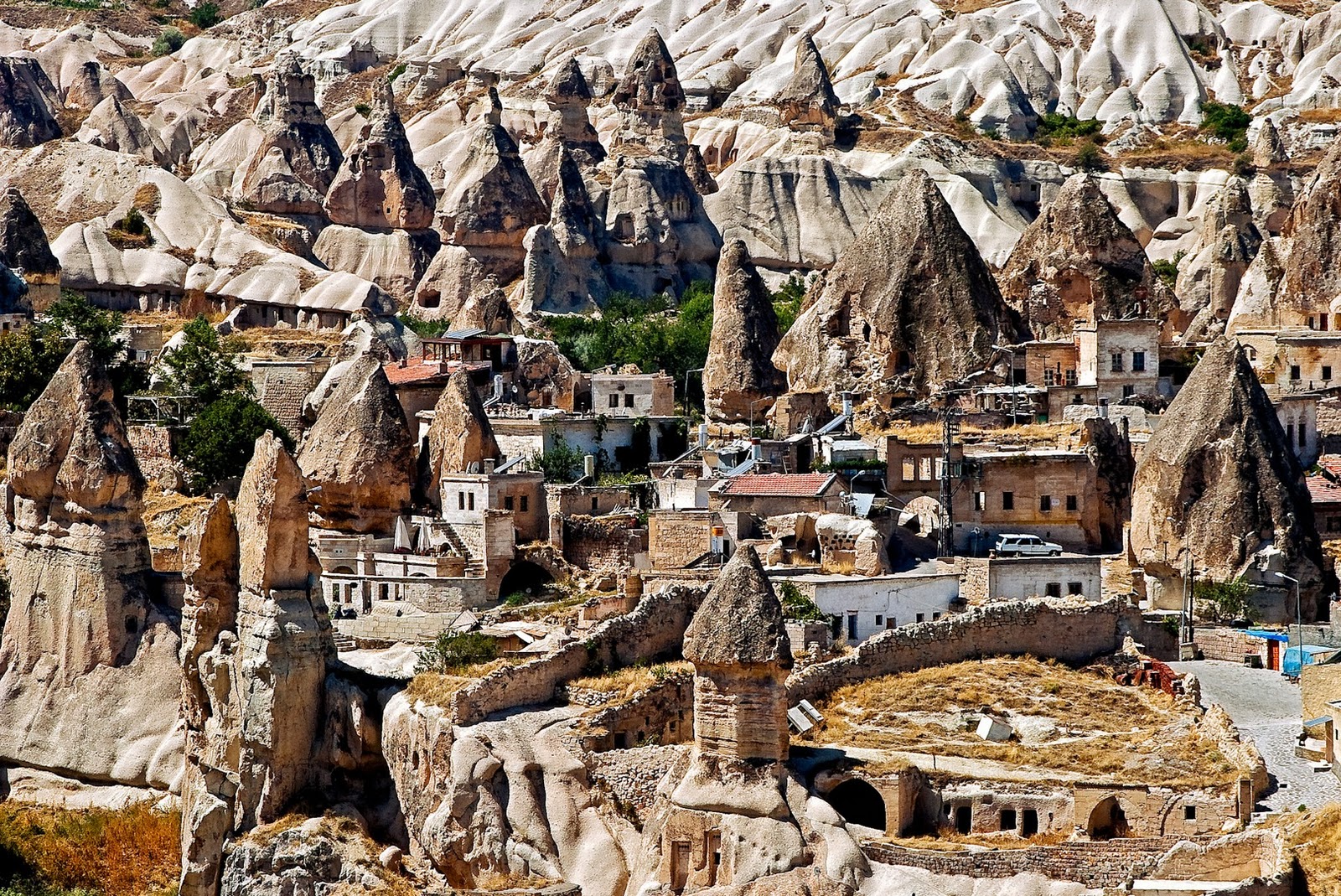 Turn the clock forward and Cappadocia has modernized… 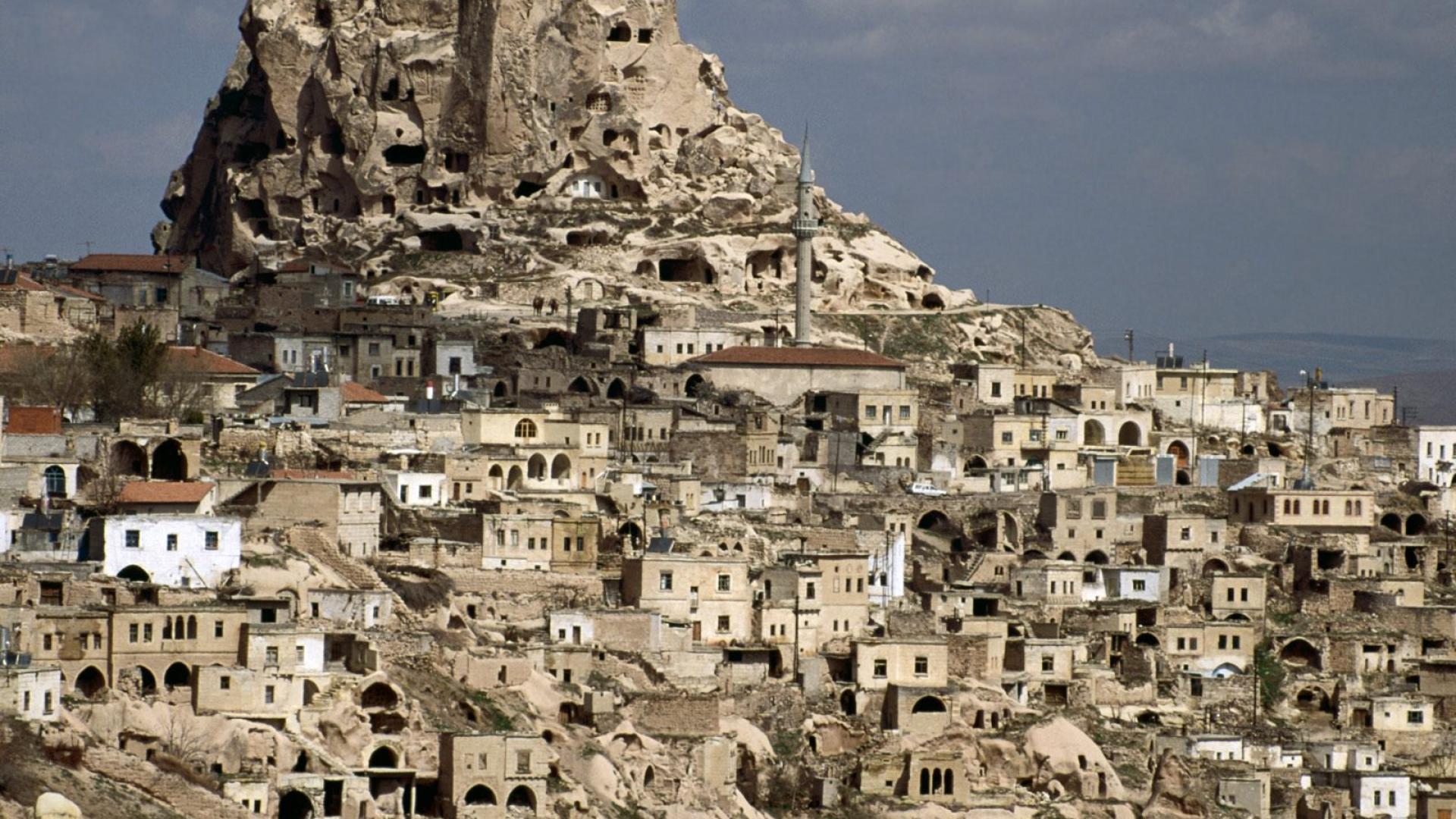 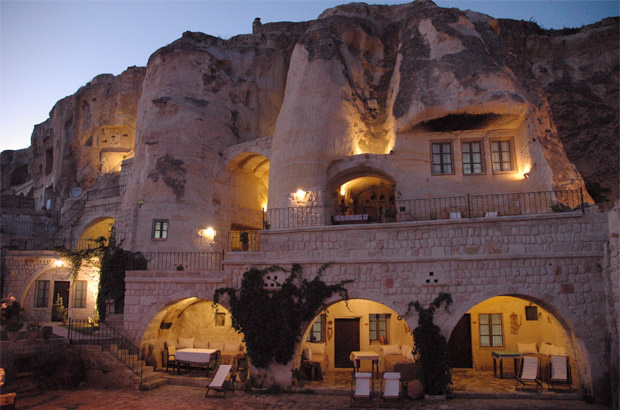 While touring Cappadocia make sure you visit the cave dwellings which are open to the public. Pasabag rock formations, which are described as an open air museum are a must see as well. Much of what you’ll be doing in the area is exploring the outdoors, so pack comfortable shoes and wear layered clothing.

People are interested that the way of life has been retained in the area. Many still live and work in the cliff dwellings and underground corridors. Unique hotels are opening that captivate the magical feel, so dig in and plan a stay in one!  A new boutique hotel, Serrin recently opened and I’d add it to the top of your must stay list. With only 6 rooms, the attention to guests is high. 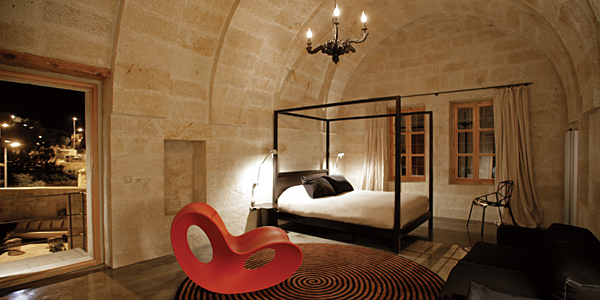 So hike by day, and then enjoy a glass of wine with this gorgeous view! 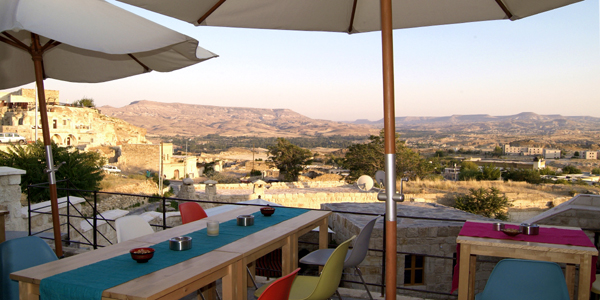